Hi Readers, my name’s Patrick James Stephens, and I’m a 1st Assistant Director working paperlessly across film and TV projects. Jo approached me in the summer after hearing about some of my paperless exploits on Twitter, and asked me to share how I’ve moved to electronic working in what is one of the most paper-based departments of all, the AD department.

I first worked paper free on a Canadian co-production called ‘The Brother’. I had always been very interested in tech solutions that not only helped to make the scheduling process more efficient, but also reduced the need for paper. Working in film and TV means an abundance of paperwork: a full shooting script, the full Movie Magic schedule, strip order schedule, a Cast Day out of Days and the upcoming day’s Callsheet and Movement Order too. I used to carry all of this on a daily basis - not only destroying forests, but probably my back too! It also made referencing stuff quickly a nightmare, especially if I was out on location. Dividers in a lever arch file are one thing, but the search function on your laptop is quite another.

I was inspired to change by Robin Schmidt and Gez Medinger, co-directors on ‘Afterdeath’, a horror project I worked on in 2013. Robin and Gez were huge fans of the iPad and an App called Hollywood Shot designer. They had used the app to breakdown their entire film script, and have made all of their script amendments on the Final Draft app. Pretty impressive stuff! Although I was the more experienced of the three of us, my paper based workflow didn’t make sense in terms of efficiency, and it wasn’t that helpful when working in a small enclosed set, or outside in the rain either. 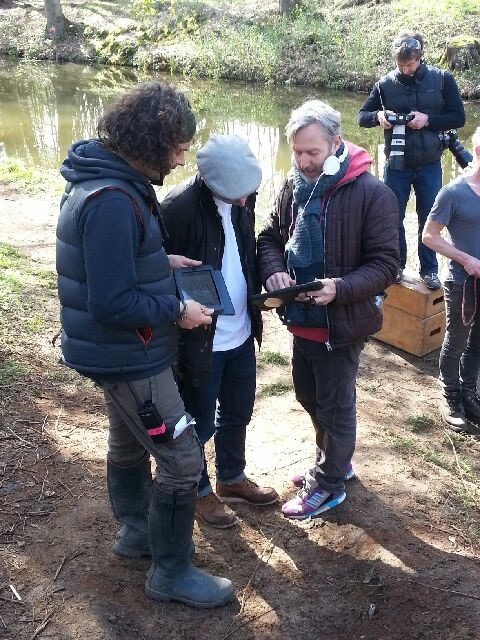 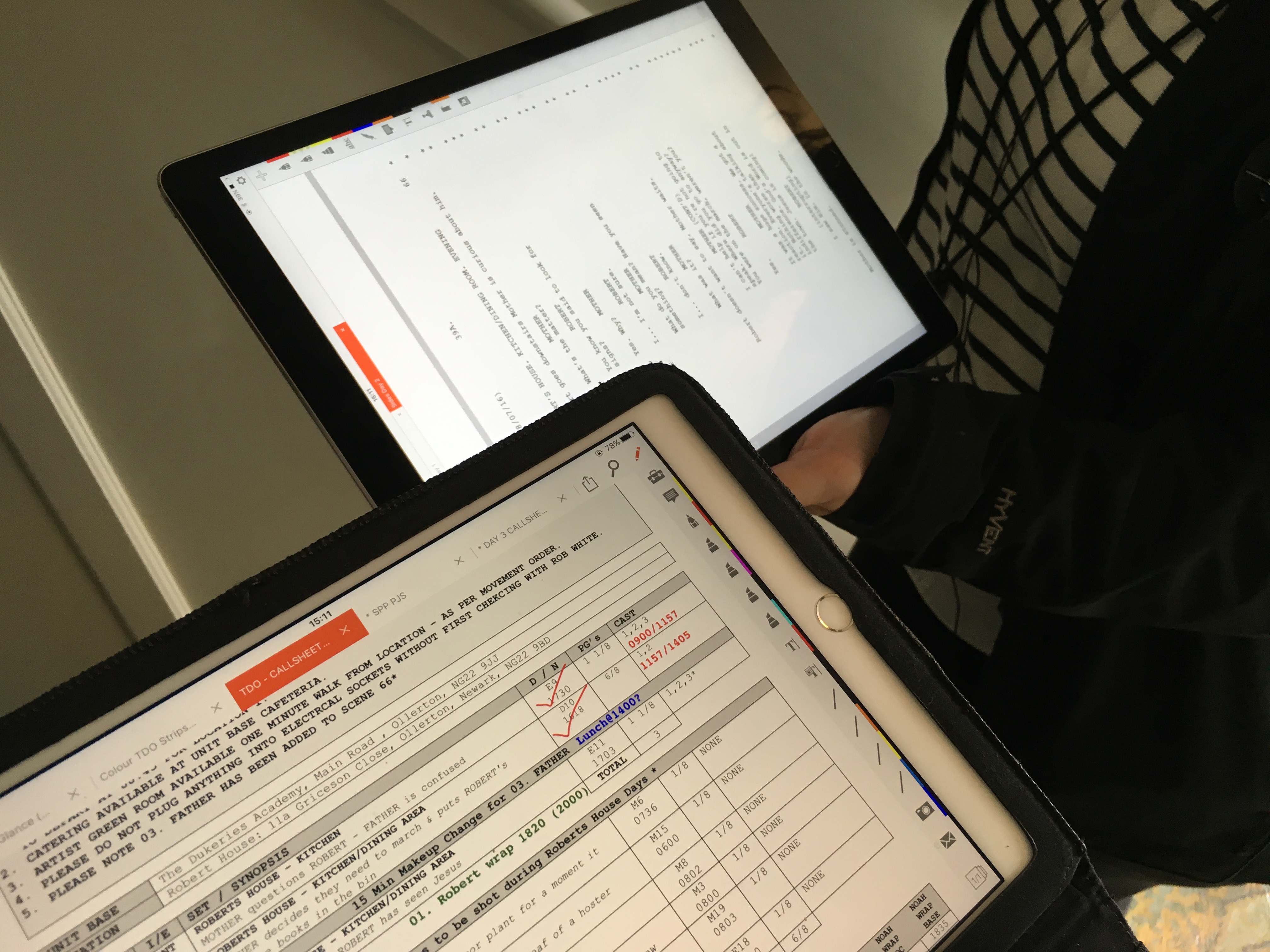 Afterdeath was the breakthrough project for me, and I realized that up until then, fear had been holding me back from working paper free. On the following project, I sat down in my first meeting with the Director, without a hard copy of the script in front of me. That was a really big moment. When I got quizzed by the line producer about my lack of paperwork, I felt confident talking about how I planned to manage the shoot without it – because I’d already seen it done. I’m seeing more of my fellow heads of department working in this way too: the last Script Supervisor I worked with was using an iPad Pro 12.9” rather than a paper based folder. Generally, rather than questioning why I’m working paper free, I am mostly asked about what apps I’m using. I like to think I’m slowly converting those around me! The 2nd AD’s I’ve been working with lately are also intending to go paper free, and I’ve been gradually moving them away from handing me a paper call sheet to review every lunchtime.

I sat down in my first meeting with the Director, without a hard copy of the script in front of me. That was a really big moment.

In terms of workflow, I use various apps and programs but the main ones are Final Draft and Movie Magic. Both of these have dedicated apps too, so I can edit scripts and schedules on the go. The best discovery is probably Final Draft Tagger, which allows me to tag the script with stunts, extras, props etc – a process I used to do the old-fashioned way with highlighters. 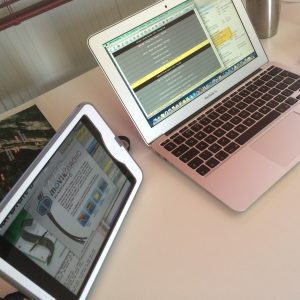 Duet in action with Movie Magic

I also use Duet, which connects my laptop to my iPad, meaning I can use the tablet as a 2nd screen. Great when I need to cross-reference information that affects the scheduling, such as locations and cast availability, with my schedule in Movie Magic. I’m also a big advocate of iCloud. Over the past couple of years I’ve migrated from Microsoft Office over to Pages and Numbers. Syncing everything across my mac, iPad and iPhone makes it so easy to update on the go. I know some people love Dropbox, but I just couldn’t get on with it. Sorry Dropbox lovers!

Before I was introduced to iAnnotate by a sound mixer whilst working on ‘The Brother’, I had been using a variety of PDF readers and editors, but iAnnotate is by far the best. Once the script is imported I can scribble notes, draw floor plans, add text and photographs and then email or export the annotated PDF with or without my annotations. It’s also great for marking up call sheets, instead of scribbling on a printed one. The only problem I currently have with my workflow is script amendments. The revisions are usually printed on different coloured paper so we can see what’s new. However, at the moment you can’t add a new page into your document in iAnnotate, so I have to employ a little workaround to view the amendments until the app’s owners get around to amending it (a work in progress I’m told). 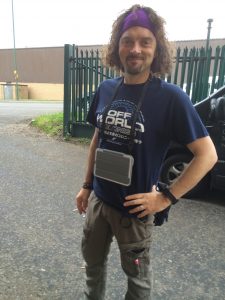 In the future I’m looking forward to using an interactive wall to review the schedule with production, rather than always having to print a version to stick up and review. I have seen them used in schools and colleges but it’s still a leap for productions to invest the money, despite the time we could save and the reduction in our paper trail. It’s nice to see other departments improve as well: we’ve definitely seen attempts to reduce water bottle and coffee cup waste. Often we’re given our own cup and bottle for the duration of the shoot, although this can be difficult to enforce across the whole crew, or during a particularly long production. Bio-degradable knives and forks also seem to be quite fashionable of late rather than using plastic ones with paper plates.

The hardest part to achieve in going ‘paperfree’, for me, both in pre-production and on shoots is the reliance on the paperwork being given out. Although Call Sheets, Movement Orders etc are emailed as PDF’s now, and used on cast and crew smartphones and tablets, everyone still asks for a paper copy of the Call Sheet and Sides (script pages for the day) - normally A5 - which is thrown away on wrap. Breaking this cycle is and will be the hardest for productions.

FYI We've added all of Patrick's app suggestions to the Go Paperless page for your reference.