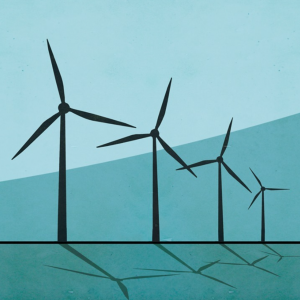 In November, the AA launched Ad Net Zero, an interrogation tool for breaking down a campaign’s energy usage, travel decisions, and the environmental impact of its production and distribution. Given that carbon reports will be mandatory for large companies by 2025, the likes of this and Adgreen’s upcoming Carbon Calculator could soon become industry standard. So whether your campaign sells 50,000 SUVs – or shifts 50,000 SUV owners to electric – there’ll be a measure of its carbon impact.

Jo Coombes set up AdGreen in 2014 to promote sustainability in production. Back then, she says, it was like banging on a door with no one behind it. Now, they’re pulling her through, as sustainability has gone from tokenistic to essential. Coombes leads training schemes that break down decisions ranging from script to shoot to distribution to access their environmental impact. With remote shooting and remote monitoring both normalised in the wake of Covid, future campaigns look certain to address their biggest carbon footprint – air travel. “We’re launching a Carbon Calculator later in the year,” she says, “giving people the transparency they need to make better decisions about how things are made. People really want to know what to do. They want to know the practical applications.”