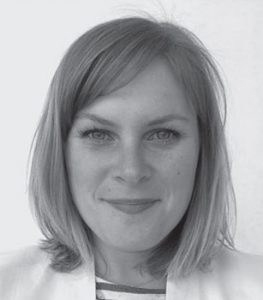 Jo's thoughts on the current state of eco-production in advertising - and what we need to do next... Read the full article here.

When it comes to the health of our planet, are we any further ahead with lessening the impact we have on the environment?

There have been some encouraging steps forward: the British government pledging to ban microbeads from 2017, Tesla’s solar roof tile announcement, and perhaps most excitingly, the UK being on the verge of ratifying the climate change agreement set out after the Conference of Parties 21 conference in December 2015. The agreement legally binds countries that have already endorsed the deal to act on the 2015 pledges made in Paris to keep the world’s atmospheric temperature below a rise of 2 degrees, despite current pledges putting us closer to 3 degrees at the moment.

Bringing it closer to home, what have we seen in our own backyard? Let’s look at the bad first: there have been some environmentally dubious product launches such as Nescafe’s Azera Coffee to Go as well as controversy over whether we should work with unethical or unsustainable brands. Conversely, early in 2016, president of the IPA Tom Knox pushed the ‘conscious capitalism’ agenda, heralding the “virtuous relationship between social responsibility and profitability”. The Comms Lab, a collective of agency strategists and social impact specialists, has been helping agencies to become more ‘purpose led’. Many clients have run interesting campaigns showcasing their efforts to solve large-scale environmental and social problems. Take Unilever, which has been focusing on the UN’s 17 Global Goals campaign, launched in September 2015, as seen in their campaign So Long Old World; or P&G brand Ariel, which addressed gender inequality in India earlier this year with Share the Load; or Whirlpool, which donated washer-dryers to US schools in a bid to improve attendance by offering low income families the facilities to wash their kids’ uniforms.

But at a more localised level, what are we, as production companies, doing when it comes to behaving more responsibly? Our clients, and even our agencies, may have grand plans to tackle climate change but why aren’t they asking us to recycle plastic bottles or reduce food waste? We’re putting whole sets in a skip and throwing away mountains of paper cups. What about flying in crew from the US or jetting off to Cape Town as soon as the temperature drops, in order to service their creative? Who should be offsetting those flights?