Last week for the fifth time, industry folks gathered for another Green Production Get Together at The Mill. Only this time there was a twist - I co-hosted with the brilliant team at albert, the sustainability initiative working with the TV and Film industry.

We already share a common goal, zero waste and zero carbon by 2030, so for this latest event, we decided to join forces and focus on carbon offsetting. Many are interested in it (indeed both AdGreen and albert get questioned about it regularly) and given the recent media attention thanks to David Attenborough's BBC doc and Extinction Rebellion, as well as the call to UK government to declare a climate emergency, it made sense to focus on the bigger picture rather than bottles and paper. Clearly you guys agreed – we had our biggest response to these events so far (to the point where I worried we’d be turning people away!).

Myself and Aaron Matthews, Head of Industry Sustainability at albert, went in with some basics to get the audience warmed up: for every hour of television programme broadcast, an average of 14 tonnes of carbon has been produced during its production. Of course, the actual amount varies from a small doco style shoot in the UK to an international factual programme - and everything in between. The emissions come from a whole host of activities, but some of the biggest hitters are powering your stages, feeding generators an endless stream of diesel fuel, and travelling to shoot abroad. A quick game of Play Your Carbon Right soon showed our audience how different elements of the shoot relate to each other in terms of carbon emissions – cue many shocked gasps upon realising a return business flight to Cape Town is over 7.5 tonnes of carbon. And whilst we talk about reducing the country’s footprint to zero over the coming years and decades, we are still adding to the overall amount of carbon in the atmosphere even if we are decreasing our carbon emissions over time.

Close encounters of humpback whale kind: Tom about to get up close and personal

Having decided we needed a mix of first-hand experience on carbon reductions, and advice for attendees on actually offsetting, we started the presentations with Gripping Films’ Tom Mustill and Cherry Dorrett who produced the fantastic doc: Humpback Whales: A Detective Story for the BBC. Having had a very close encounter with a humpback whale, Tom embarked on a journey back to California to try and locate the mega mammal. Tom and Cherry started their production process by completing an albert carbon calculation to predict the amount of carbon they would emit throughout. Coming in at 45 tonnes (way above the industry average although in line with international specialist factual due to the travel element), the team set about reducing wherever they could. To cut air travel, a local producer was assigned – Tom and the DoP were the only international travellers on the production. When it came to post, they put the contract out to tender but with the stipulation that whoever applied for the business had to be running on sustainable energy. In the end, the team managed to get their carbon footprint down to 27.8 tonnes – a massive reduction, which could’ve been bigger if other alternatives had been available (Tom and Cherry were desperate to find an electric vehicle supplier to work with in California but didn’t have much success). At the end of the process, the 27.8 tonnes were offset with Mossy Earth, which concentrates on rewilding projects such as indigenous tree planting.

The crowd were really receptive to Tom and Cherry’s story, and how easy they had found it to make such a significant reduction, which was fantastic to see.

With the cost being £15 per tree, I think we can all agree that adding a carbon offset line to your budget template and allowing one tree per shoot day isn’t going to break the bank – and I would hope any cost controller would agree.

Next up was Algy Sloane, location manager by day (and sometimes night), and director of Carbon Aware Productions (CAP) in his spare time. In a similar way to Mossy Earth, CAP will plant trees to offset emissions for your production by planting indigenous trees in the UK in partnership with the Woodland Trust. Working predominantly within advertising, Algy noted that commercials shot in/around London with local crew emitted on average 1 - 2 tonnes of emissions per shoot day. Handily, this is the same amount that one tree will suck out of the atmosphere over its lifetime. Therefore 1 day shoot = 1 tree that needs to be planted. Of course, you would do this once you’ve done everything you can to reduce emissions first, it’s not a licence to carry on doing whatever you want! And you can use the albert calculator as soon you are bidding on any project to give you an idea of where the big ticket items are for your shoot.

With the cost being £15 per tree (though CAP), I think we can all agree that adding a carbon offset line to your budget template and allowing one tree per shoot day isn’t going to break the bank – and I would hope any cost controller would agree.

Finally, we had a short video from the team at Mossy Earth – who couldn’t make it as they were planting trees in the Carpathian Mountains (great excuse guys). Matt explained the guiding principles of their business, and also gave us an insight into their tree database – fascinating!

All in all, it was fantastic to plan the latest event with Aaron and Gen from albert, and to share such an important topic with the industry. That’s 100 more people educated on carbon than a couple of weeks ago… Roll on the next event when we’re hoping to get Portable Electric’s UK supplier Green Voltage down to demo the units and show you just how much they can power when you plug the right things in! Massive thanks to Solomon and his team at The Mill too, they are fantastic AdGreen (and now albert!) advocates, and we couldn’t put on these evenings without their generous support. 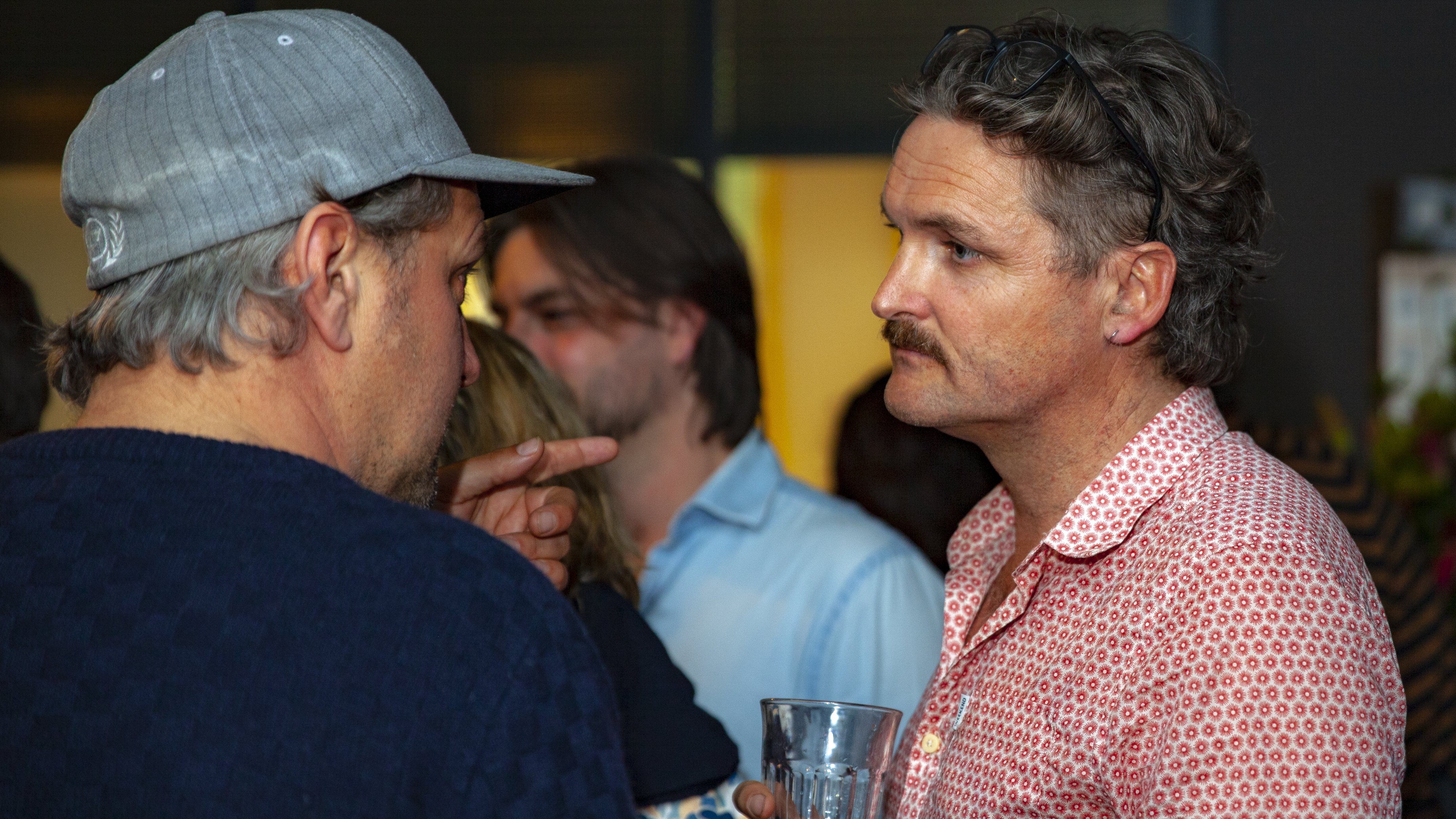 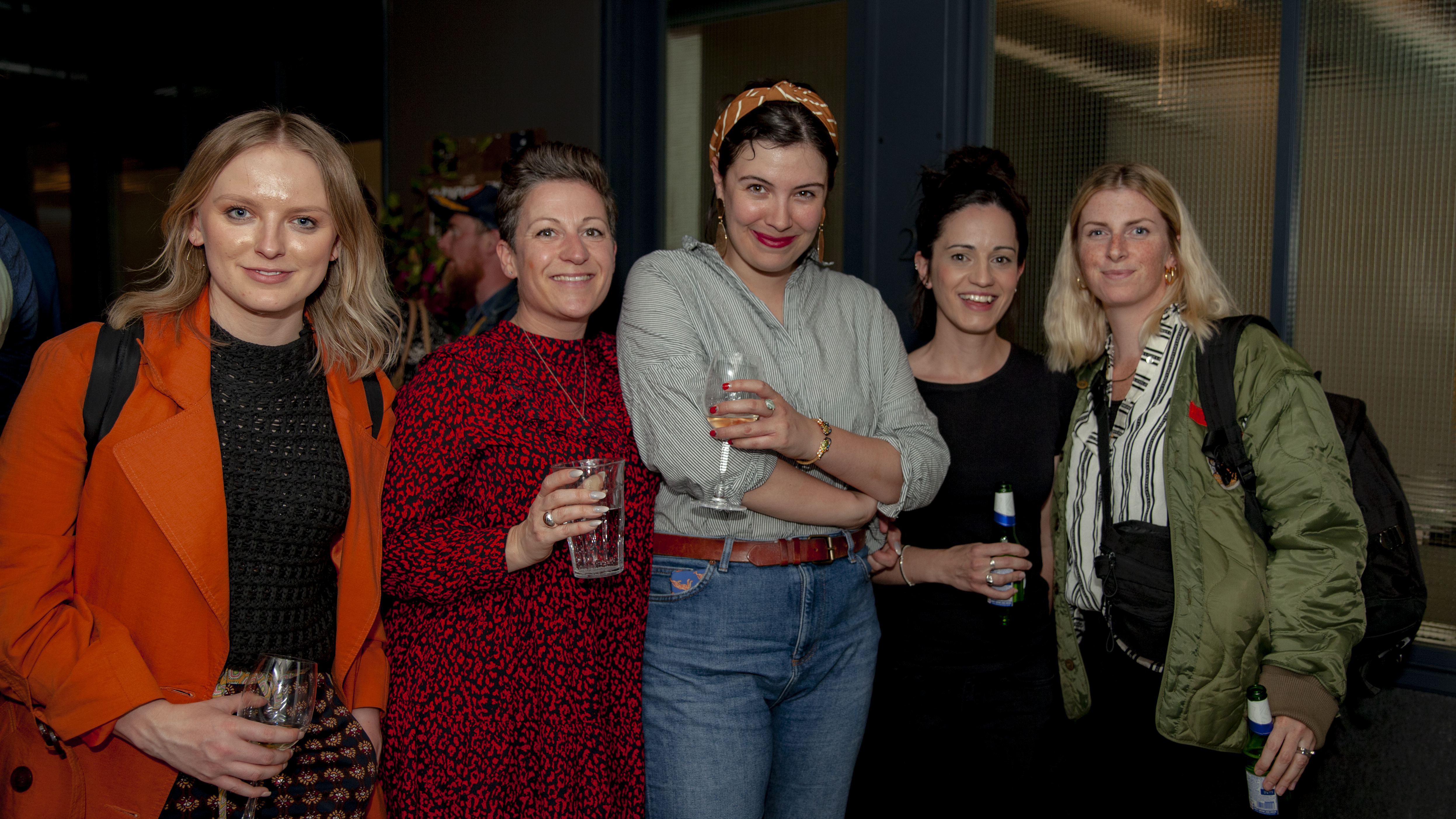 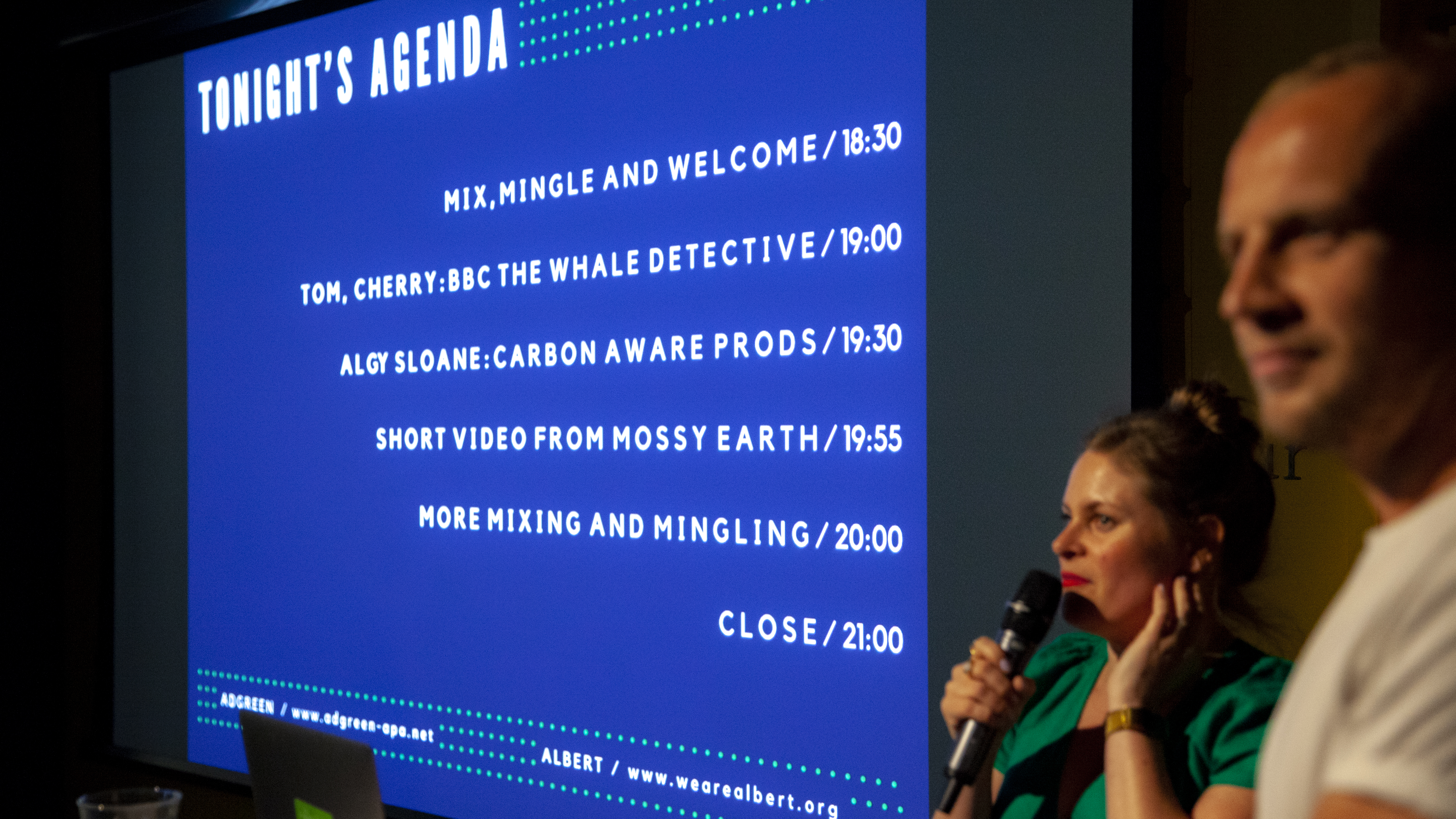 You can see all the pictures from the event here, and download the keynote here if you'd like more information on what was presented. Want to get more carbon literate? albert run FREE training up and down the country - click here to find the next session closest to you. Their carbon calculator is also free to the creative industries - find out more here.