After the success of AdGreen's session at the APA's Masterclass earlier this year, we thought we’d step it up a notch by putting together a seminar for APA members and crew, and inviting some sustainability movers and shakers to join the conversation about why being green matters, and how to do it. 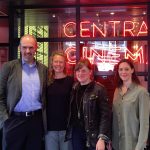 To kick off the 2-hour event, which was held on 26th May at the Picturehouse on Piccadilly, Richard Brooke, Unilever’s Media Operations and Strategy Director for Europe, gave us an overview of how the world's 3rd largest consumer goods company has implemented it's 'sustainable living plan' throughout their business. Since the plan was unveiled in 2010, Unilever has not only been improving the supply chains of their most famous brands by responsibly sourcing raw materials, reducing packaging, and therefore transport and fuel use, but they have also been educating consumers in how to use their products more effectively (washing clothes at 30 degrees for example), using the '5-levers of change' - an in-house developed best practice toolkit for behaviour change [see graphic below]. 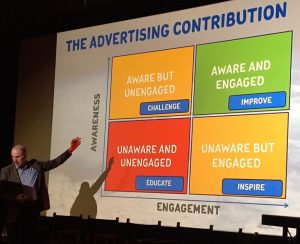 Of course advertising plays a part in all of this, communicating these improvements and educating consumers. However, during his powerful presentation, Richard noted that during the 6 years that he’s been speaking about the plan and working with advertising agencies, very little has changed in terms of our approach to the subject. He said that as an industry we must up our game in order to keep up with what clients will come to expect in terms of responsible behaviour.

Next we spoke to Suzanne Dolan & Louise Smith from the BBC who between them have many years of experience working with BAFTA’s Albert initiative, consisting of a carbon calculator for measuring the footprint of productions, an accreditation scheme called Albert+ for sustainably produced TV shows, plus an education program to teach production staff and stakeholders about why all of this is important. Over 2000 individual users record footprints for 300 broadcasters and production companies, and Albert is now collecting around 1000 carbon footprints a year. Broadcasters like the BBC are using this footprint data to set targets for carbon reduction which align with the UK's climate agreement commitment, as well as delivering on CSR policies and responsibilities to viewers - who are coming to expect a growing level of responsibility from broadcasters and corporations. The running and development of Albert is currently funded by it’s consortium, featuring 13 of the UK’s largest production companies and broadcasters. Despite the common myth that operating sustainably will increase costs, Louise told us that the average production working with Albert's resources saves around £6k. "At the BBC, when working towards Albert+, we've found that when considering sustainable equipment hire such as low energy lighting or hybrid unit vehicles, the initial rental rate may be higher, but the reduction in electricity and fuel costs will generally outweigh this. Additional costs for man power to wash reusable dishes, or disassemble sets for re-use or recycling can also pay for itself by reducing your spend on consumables and waste collection charges." 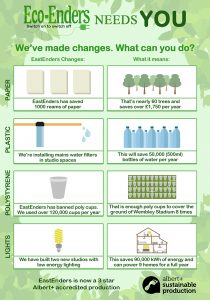 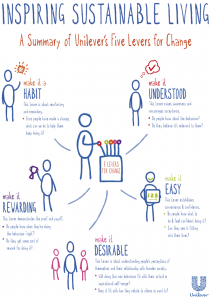 Suzanne, Series Coordinator for EastEnders, was involved from the very start of Albert (which is so-named after Albert Square), when it was dreamed up by the BBC. She recently guided the show towards a 3-star Albert rating - the highest possible - helped in part by the low energy lighting installed in EastEnders’ new studios. They’ve also been engaging the crew and cast about on-set basics like filling up reusable bottles from mains water, and banning polystyrene cups on set. The rating can be seen in the form of a badge on the end credits of the show [see poster and badge above]. Suzanne said of the event: "At the start, I felt I was doing these things all by myself, which was completely overwhelming. However, now I know there's a movement out there [in related industries] and that things are really starting to happen. Small changes add up and lead to eventual changes in culture, and ultimately behaviour."

"Do what you can, small changes add up and lead to eventual changes in culture, and ultimately behaviour"

Lastly we spoke to Tracy Courtney-Wills from Palma Pictures about their journey towards sustainability. Tracy, an ex-producer who now works as their sustainability project manager, took the company through the labour intensive but rewarding ISO14001 British Standard program several years ago, which provides a framework for measuring your environmental impact, and highlight areas that can be improved. As a result of achieving the standard, Tracy has continued to work on specific projects aimed at reducing their impact further, such as offering crew reusable water bottles to cut down on waste, working with their catering team to source local and sustainably produced organic food, and reducing paper use across the business. The next step is to build a calculator which ties into their budgeting software, enabling them to predict and measure emissions throughout each production they service. 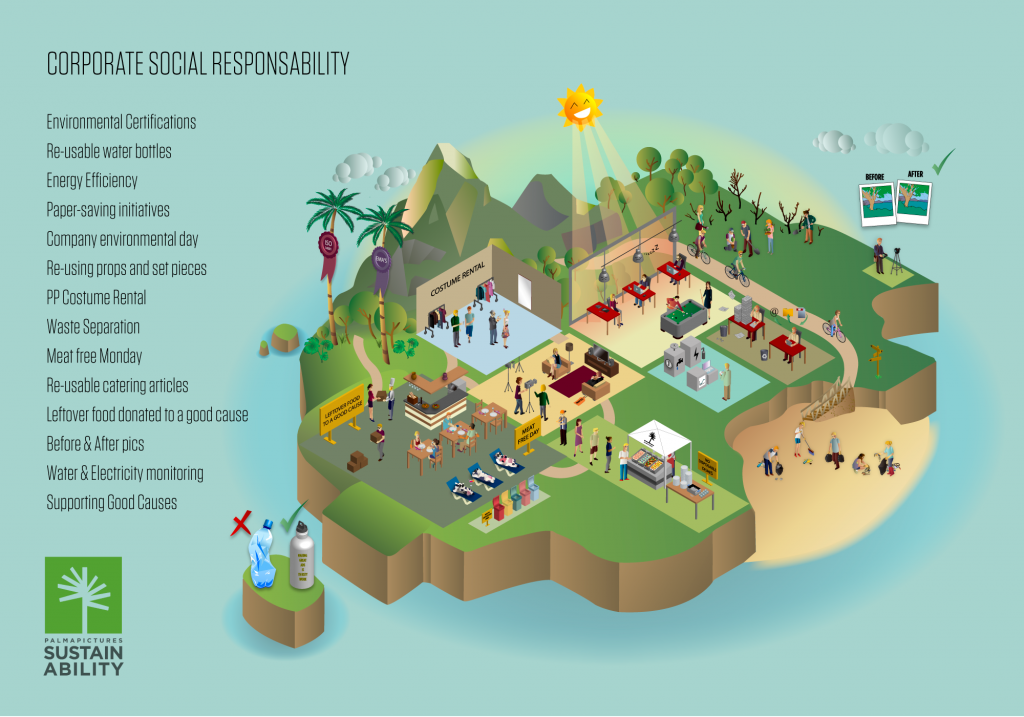 After we’d heard from each of our guests, we threw it open to the audience and there were some great questions. From the challenges of being green on location from Polly du Plessis, Head of Production at Rattling Stick, to how our caterers can help us with recycling and water supplies. Fortunately you can get help with a lot of pre-production and on-set practicalities using the shoot checklist, rehoming links and other resources here on the AdGreen site. Aside from the practical, there were questions about the larger scale of the issue, and that although a lot of green changes will not cost extra (as we'd heard from Louise earlier, some will save you money), often more time is needed to do things properly. One example was the wrapping out of sets. Sometimes this will require an extra day in the studio, and a few more hands on deck to ensure materials are separated properly and sent to the right homes. But who pays for this? As Sophie Hubble, Head of Production at Park Pictures said: “I’d love to see more involvement from the ad agencies and clients in supporting our green measures. We can carry out the measures on their behalf - we are production after all - but implementation can sometimes cost a little more money in extra manpower, recycling collections and such, so it would be nice if there was more of a shared obligation. It wouldn’t be much but our budget margins are already too squeezed for us to take on alone, and frankly why should we be the only party taking any responsibility?” This opened up a very interesting debate which ended in some discussion about whether we could create a version of BAFTA's Albert for advertising, and whether clients should be the ones to fund it. Watch this space.

All in all, it has to be said that there is some really good stuff happening in advertising, and during the talk I touched on the work of The Comms Lab, and the IPA's ‘Conscious Capitalism’ event last month. However, there’s still a fundamental disconnect between us, and our agencies and clients. We don’t seem to be part of their CSR discussion, and there’s no stipulation or obligation for us to produce their campaigns in a more sustainable way. We feel very little responsibility for acting better: unless someone tells us we should. And although perhaps it’s good not being dictated to, the way things are going, producing responsibly will become a bigger and bigger issue, and it would be better for us to get started now, rather than trying to catch up later. At the moment only companies with over 500 employees are required to report on their carbon emissions, meaning we don’t have to measure how we’re doing. However, we are spending these companies’ money. So wouldn’t it be good to know? And if it becomes something we have to do in the future, wouldn’t you be glad if we were already doing it?

Thoughts or comments on the event? Email us here. View the full presentation here.