SWEETSHOP: HOW WE WORK 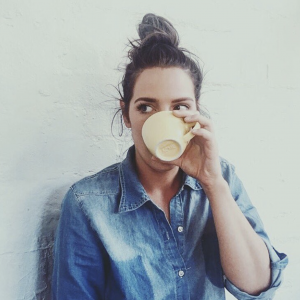 A break from our usual case study format today, as Georgie Hean from Sweetshop's Melbourne office talks us through their green policy and how it's translated on set...

"At Sweetshop, we’ve always been really conscious about reducing our waste. As part of our ‘We Care’ approach, we set our Green Policy in motion earlier this year. This is a set of no-excuse guidelines, detailing our commitment and the actions we’re taking to achieve greener productions. We’re not expecting to change everything overnight, but we’re taking a lot of small steps and we’ve made a lot of progress.

Attached to every call sheet sent out to all crew is a set of documents which outline the ways in which we can reduce waste, both on set and in the office. Every freelancer that we work with is encouraged to read through these policies before starting the job and to make an effort to reduce the waste produced on their shoot. We also include a report to be filled out at the end of each shoot by our designated ‘Green Officer’ - usually the production assistant or production manager. This details the ways we have impacted on our environment, and suggests things we can do to limit our impact on any subsequent shoot days, and on future jobs.

At Sweetshop, most of our Directors are signed globally – great for our agency and client partners, but the downside is that they fly a lot! Our green reports now include the number and frequency of flights our Directors take, and the metric tonnes of C02 released per flight. We’re collating this information centrally and have opted to offset the emissions of every flight we book.

Our first big test of the new policies came in July of this year, when we shot two commercials for Bupa with AJF Partnership in Melbourne. Along with the policy documents going out, the production team (which I was part of) looked at waste reduction measures prior to the shoot. Coffee cups and water bottles were an easy way to make a change. Having asked all crew to bring their own reusable cup and water bottle in advance of the shoot via the call sheet, we were please with how people did bring their own. For those that forgot a coffee cup, we provided them with a personalised KeepCup and water bottle for the day - we'd organised a whole batch of these prior to the shoot and were also available for agency and client to use. Generally anyone who forgot their own on the first day then brought their own cup on the second day, which was great to see. For water, we had water coolers which were a success. Since that first shoot, more and more crew have gotten into the habit of bringing cups and bottles from home, which fills me with hope of a shift in the attitudes of those working on set!

This simple action significantly reduced the number of disposable coffee cups and bottles that were sent to landfill during the shoot. Having the unit team, runners, and many of our other Sweetshoppers on board with our Green Policy is a really valuable asset. It’s so much easier to enforce a policy when there is a team all on the same page. 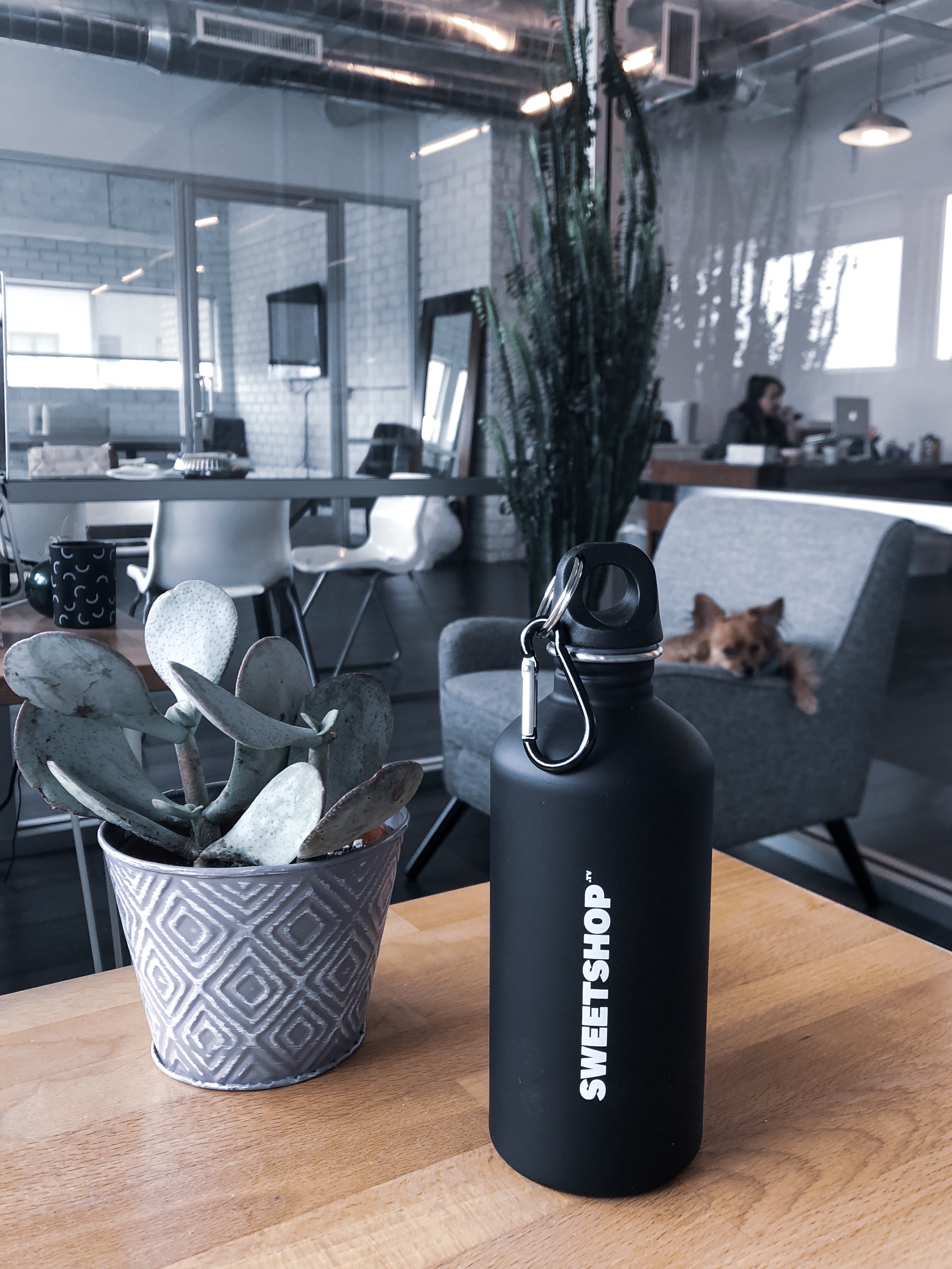 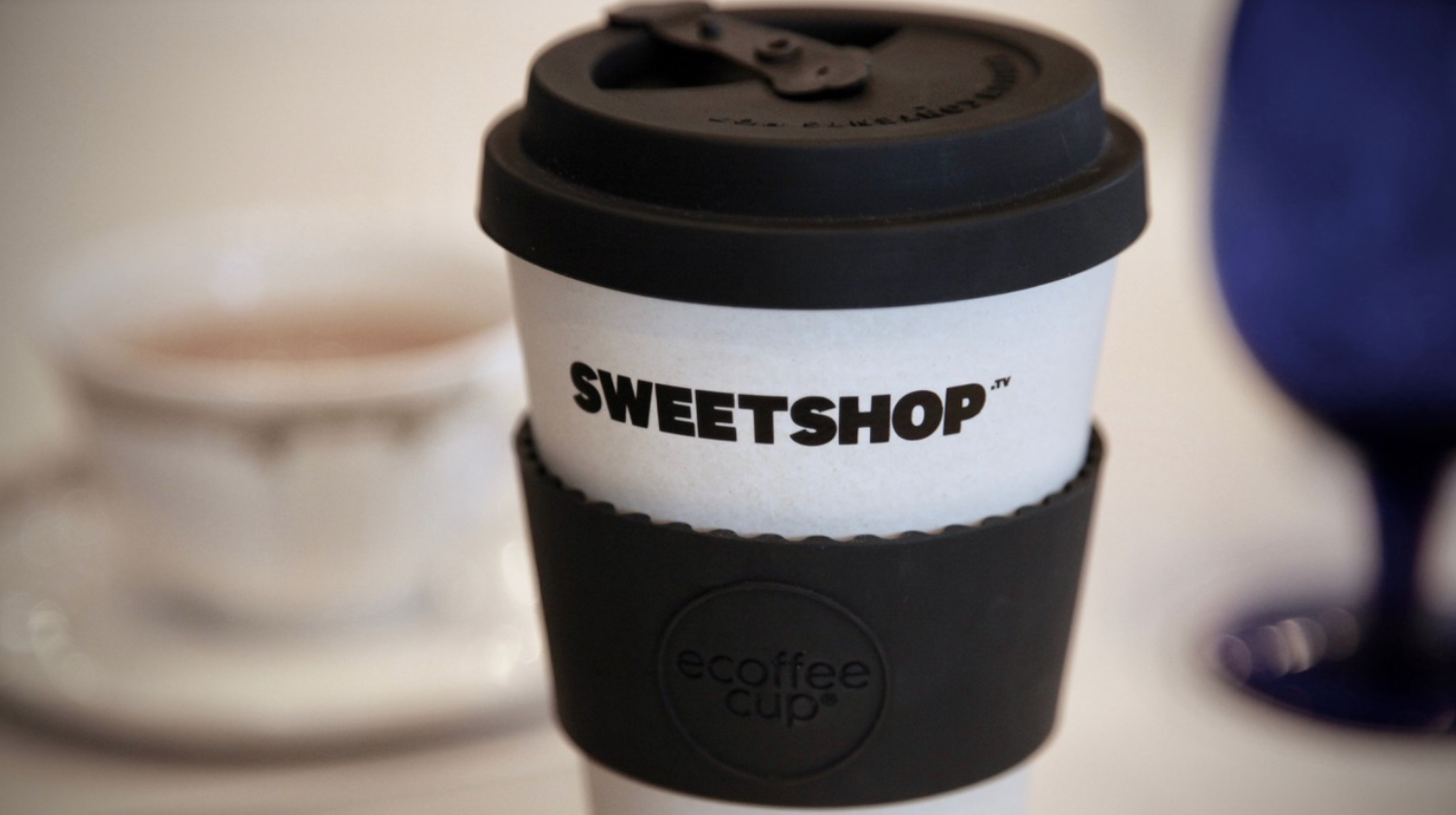 Regarding catering, we were only able to have drop-off catering on day 1, which would normally mean a lot of plastic wrap and trays. However, we spoke to the owner of the company in advance and asked if we could receive breakfast and lunch on china platters and in chaffing dishes, with the promise that these would be returned to their kitchen the following day! This was a little bit more work, but we were happy knowing that we were reducing the amount of unnecessary plastic and waste on set. On day 2, we used a catering truck and so were able to use china plates and cutlery, further reducing our waste. I’m really excited to tackle the issue of food waste more on the next shoot and work towards finding an efficient solution to composting waste left on people’s plates. I also hope we can do more to preserve food that isn’t eaten and have this delivered to food rescue charities such as Ozharvest, who redistribute it to people in need – something that Sweetshop does on a regular basis.

We limited the number of call sheets and booklets that we printed to heads of department copies only, and encouraged everyone else to view these on their phones or other devices. Sweetshop has purchased iPads to use on set as opposed to paper, however these were already booked out on other jobs, so encouraging crew to view shoot documents digitally was the next best thing. 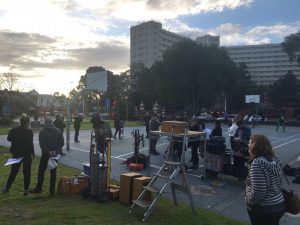 On set for BUPA

Although most people are happy to jump on board with green initiatives, we still came across some people who, when offered a KeepCup, still asked to have their coffee in a disposable coffee cup. While we respected their wishes, we decided not to pop the plastic lid on and they were happy enough with that. Another challenge we faced was individual waste disposal. Even though bins were labelled, we still had people unsure about what was recyclable and what wasn’t. With improved labelling and more informative signs, I think we can change this in the future.

I'm really proud of the crew getting on board with the Green Policy and I’m excited and optimistic about the change we can make to better ourselves on every shoot. Waste minimisation and environmentally-sound practice is something that I am passionate about, so to work for a company who is willing to put in the effort to make a difference in this way is a great inspiration."

If you're inspired by the above and would like to put any policies in place at your office, try starting with our office resources.