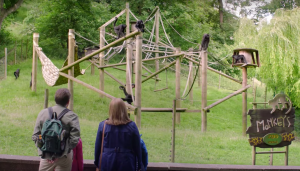 The Monkey sign in use on screen... and afterwards at Dudley Zoo!

Daisy Roberts here! Back at the beginning of the summer I got to road test a few AdGreen ideas on a Tesco shoot for Rattling Stick. Four days on location was a challenge, but we managed to do some great things, including donating our 'Monkeys' sign that construction had built, to our location, Dudley Zoo, along with some replacement fencing to match what they already had there. They were over the moon with it and have put the sign to good use as you can see! A worthy nomination for 'best AdGreen rehoming effort' if ever there was one...

Monkeys aside, green shoot success began on the tech recce when our DOP Alex Melman & gaffer Gary Davies were happy to have a poly free shoot – hoorah! 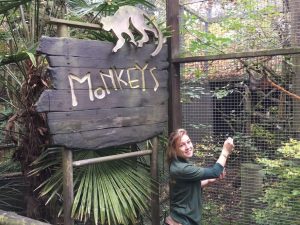 Gary used drapes to black out the location in place of correx, and as a result Panalux are working on creating some frames to clip ultra-bounces onto meaning they can be used instead of poly in the future.

For a while now I have been trying to reduce how much paperwork is printed the day before the shoot. This time I felt brave enough to check with the agency in advance of the shoot what they would like rather than just panic printing everything. Turned out they'd put together their own booklets with scripts & boards so they just needed the shooting schedule and 1 copy of the callsheet printed so I was able to avoid doubling up on printing. I also made a reduced version of the callsheet to print for crew which was just the front page, crew, cast and invoicing details. By changing my print layout settings to 2 pages to a page, they then had everything they needed on 1 double sided sheet of A4! I had a handful of these up my sleeve for anyone who asked for a hardcopy of the callsheet. And a printing top tip... Rattling Stick have set up the printing on my computer to be double sided by default (which I love!) but I forgot when I printed out my recycling bin signs so I had a two-sided sheet of paper with recycling information on one side and “landfill” on the other. This however worked out perfectly as now they can be flipped and used on either bin rather than having to worry about having a certain amount of recycling vs landfill bin signs! 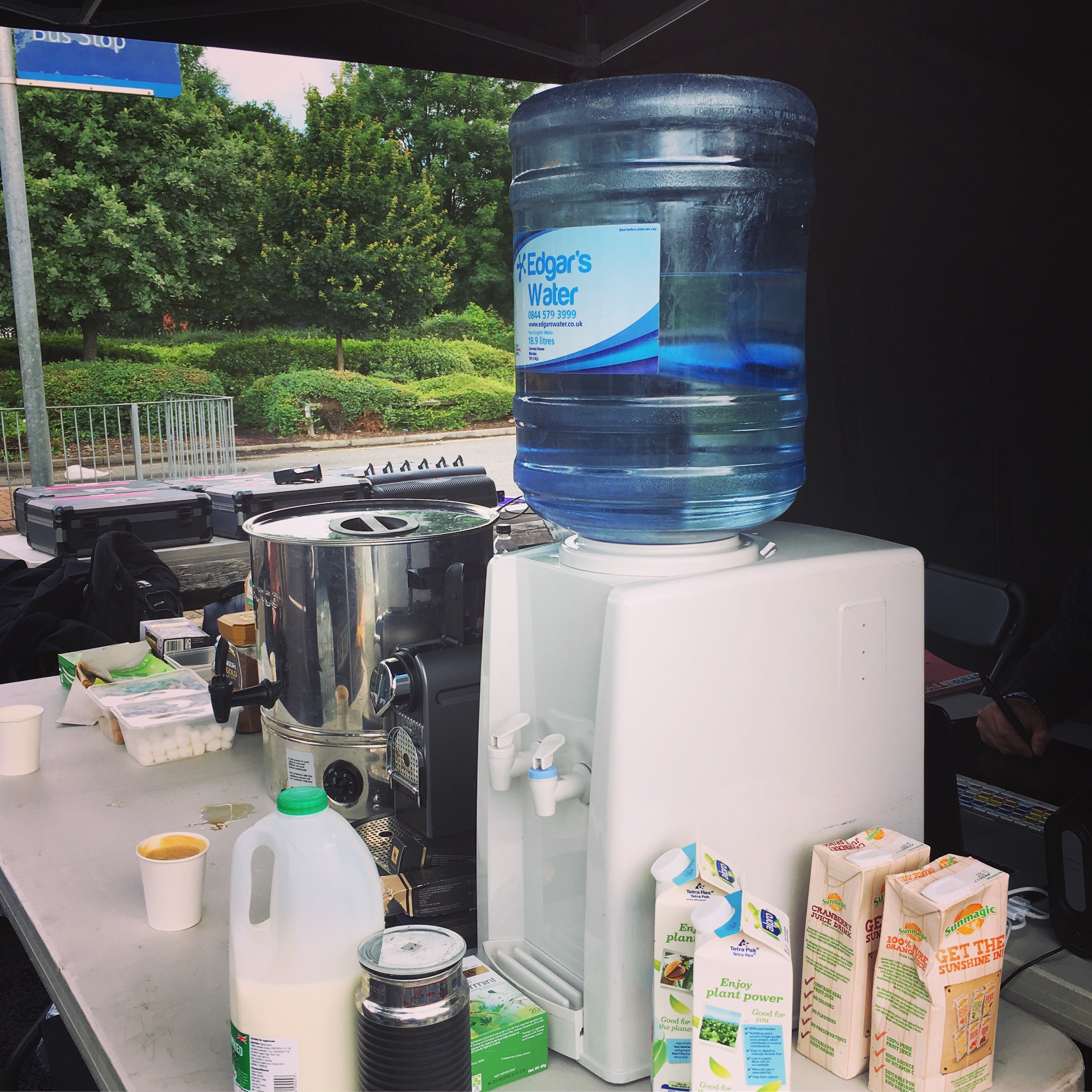 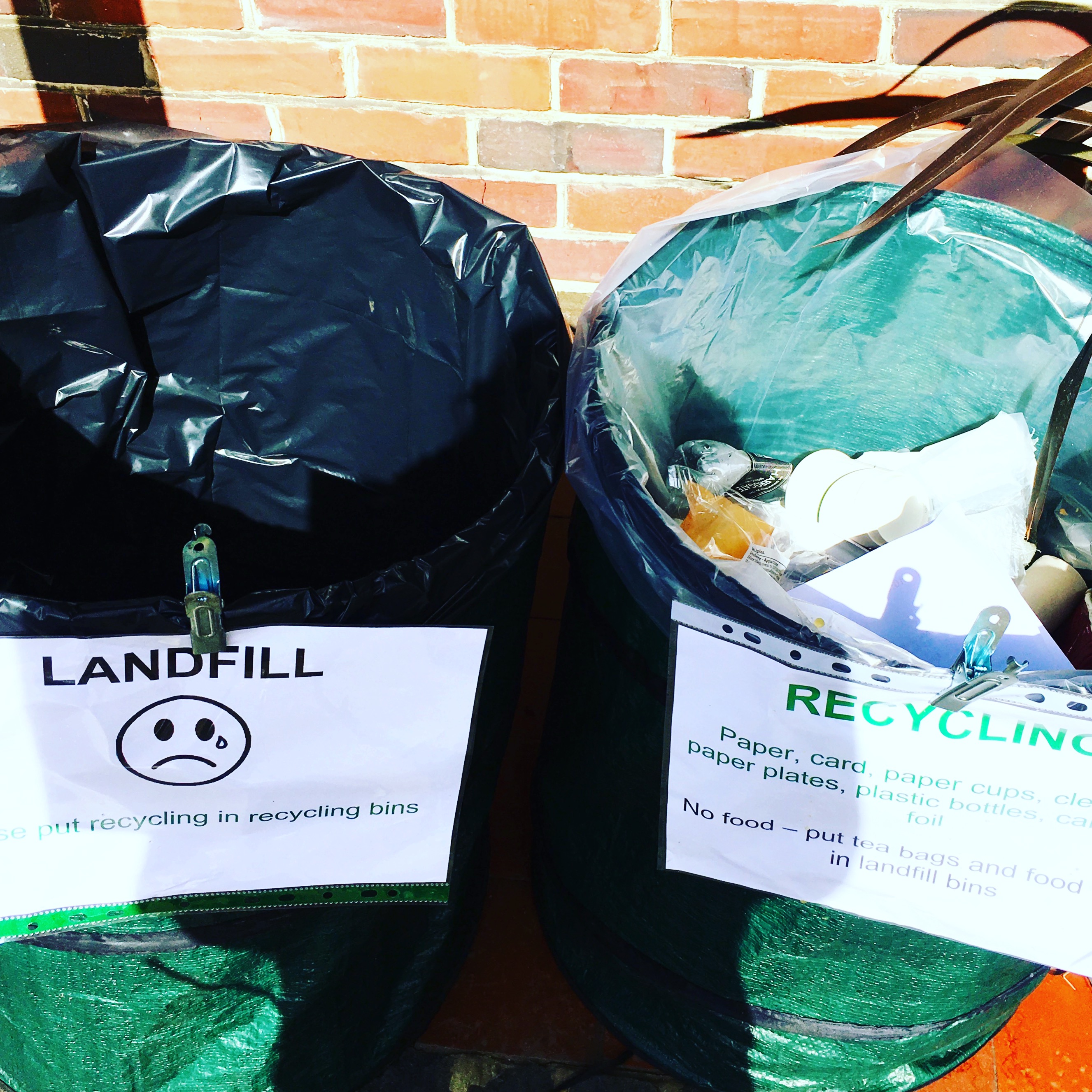 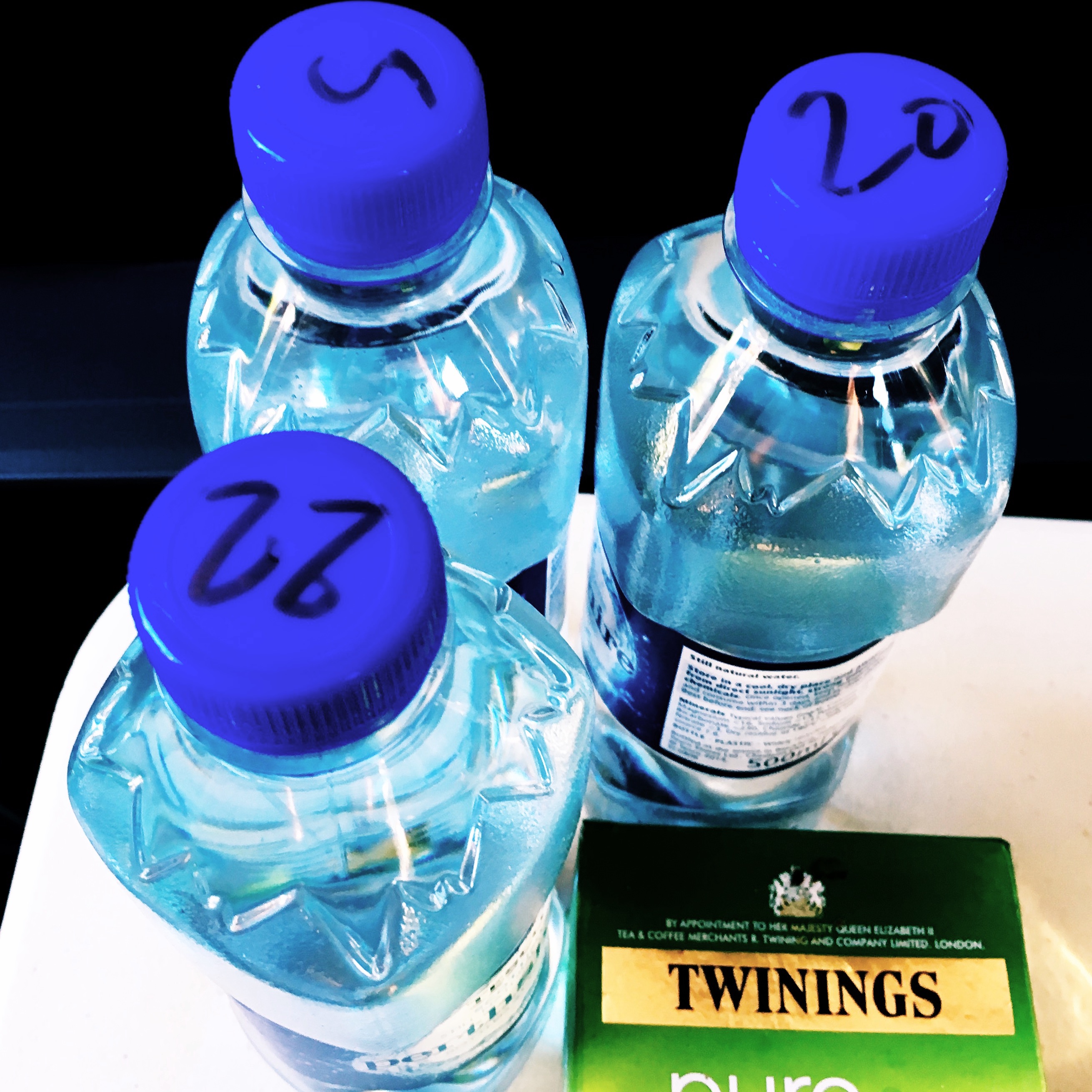 For the last few shoots I’ve been trying to recycle on set, so the new and improved signage was very useful. On this particular job we were out of London which made it was a bit trickier than usual, but a couple of our locations were happy to take our rubbish and recycling into their on site collection which was great. In the past I’ve been doing most of the legwork on set with putting out bins and maintaining them through the day but I was so busy on the shoot I just didn’t have time so I had to make sure the runners were on top of this – I always feel guilty giving them an extra job to do, but they were all very encouraging and happy to help once they knew what to do.

We also tested one of Get Set Hire's water coolers at the tea table which went down well. They’re small and sit on top of the tea table which I think is perfect (I was imagining floor standing ones which would be a bit cumbersome) and it was hooked up to the same power as the urn (although they only use power to cool the water, they still work without). The larger water containers were also great for filling up the tea urns when there wasn’t a tap available at the location, rather than using multiple small bottles. Pretty much no one had their own water bottle that I was aware of though, despite asking crew to bring them, but the runners did their best encouraging crew to refill their plastic bottle throughout the day, and numbered them all so people didn’t lose track of who’s belonged to who.

As you already read, art dept had a great rehoming success story, and pretty much everything else had been hired in. Regarding wardrobe, the agency had invested in a storage space to hold the clothes and Tesco uniforms a while ago, as these ads are part of a series with recurring characters. This time we also agreed that they should keep hold of any classic F&F items that could be re-used on background cast, as they’d previously been re-purchasing items for every job, so that was an added bonus. All in all, there were quite a few successes which I was pleased with, although still plenty of room for improvement – I’d like to see more crew bringing their thermoses and bottles to set in the future!