This one’s a location job -  finally! This time for Ovo Energy's campaign (33% renewable as standard don't ya know), with Jesper Hiro at B-Reel Films. Thankfully we had just one location for our 2 day shoot - unit moves are a pain in the proverbial when it comes to getting everything set up again, including any green measures. Working through the checklist, I spoke to Martin Wady, my location manager, as soon as I was up to speed. We discussed having water coolers as well as using the location's drinking water, having on-set recycling, and using Ram Board to protect the floors of our house (a greener alternative to Correx).

We also spoke to the agency before the PPM and requested that they didn't print PPM books for us - there ended up being none at all, with everyone viewing and annotating on laptops or tablets. Having also mentioned there would be minimal printing during the shoot, they were fully on board with our green agenda by the time they got on location. We just had an A3 copy of boards, schedules and the call sheet as you can see below. I also taught them how to use Notability and Preview for signing contracts after they handed me a pile of single-sided two page NDA agreements to get filled out! See the paperless section for more on that... 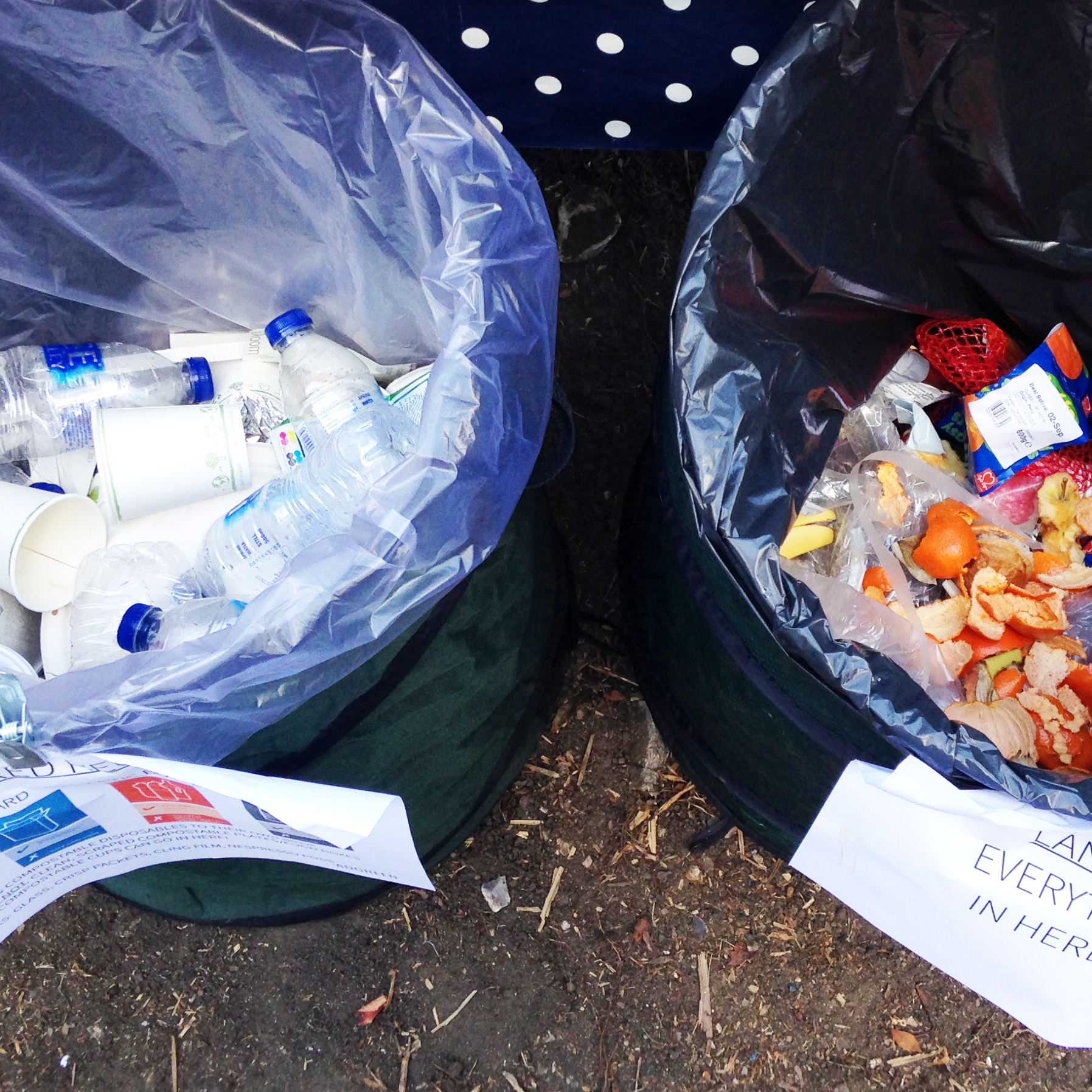 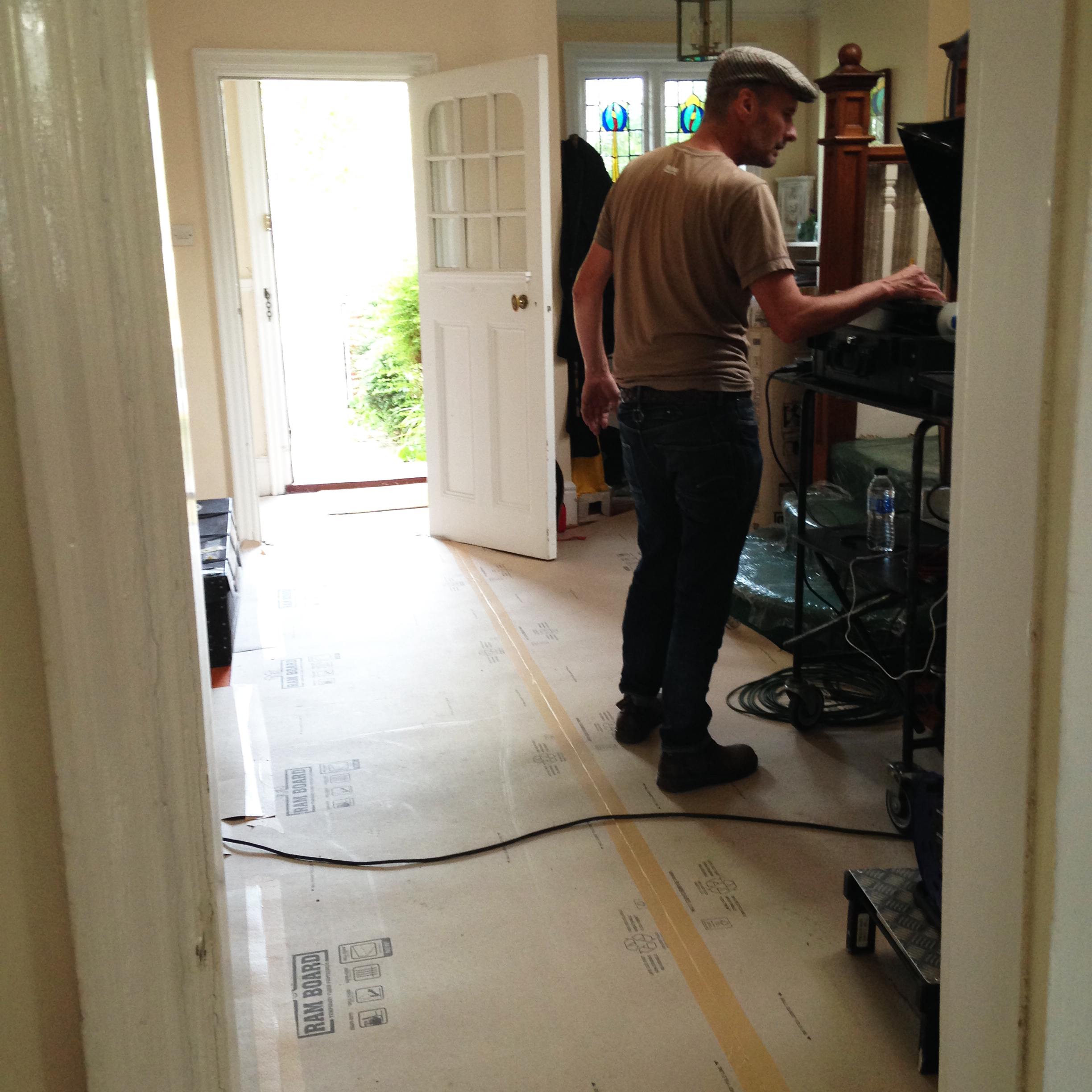 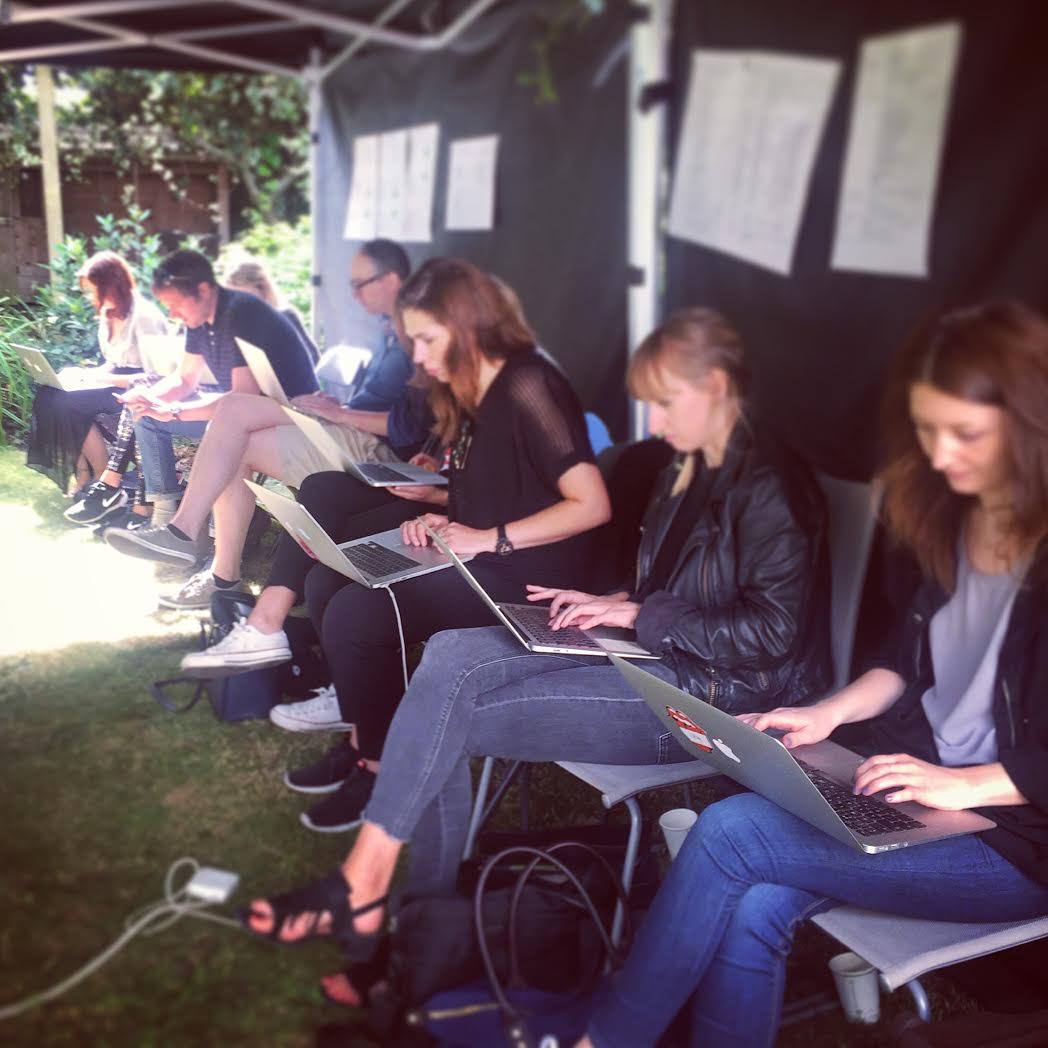 Elsewhere on set, Martin had set up the recycling first thing at the unit base and location using the signs on the site and the pop up bins and bags we got from the location supplies company. He had also laid the Ram Board the day before whilst the art department were prepping (more info about Ram Board advantages and costs in our FAQ). We also had At Your Convenience's fantastic solar powered loo, saving us £232 in generator fuel over the two days (£8/hr), as well as the associated emissions of running the generator for the two days. The unit has three separate cubicles so it's great for shoots with kids too.

"When everyone is on board it becomes so much easier to implement a greener shoot. The small steps all add up!"

Martin Wady, Location Manager at We Are Find 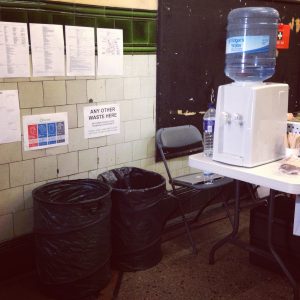 Table top coolers in use on my previous location shoot

Unfortunately there were a couple of disappointments. Firstly, the tabletop coolers I had wanted from Get Set Hire weren't available. I'd had them on a shoot a couple of weeks before, and they'd been a success once I'd figured out the details (see the FAQ for calculations). I briefly looked into water pumps (which can be fitted to the tops of the large 19 litre cooler bottles), but the best ones are in the US and they don't ship to the UK - yet. As a halfway measure, Oranges (our caterer) provided 5 litre bottles to refill the smaller ones from, and we also had the location's kitchen tap. Signs on the tea table helped remind people of the refill options, and also reminded them to use their refillable coffee cups that we'd asked them to bring via the call sheet and email sent out the night before the shoot.

Secondly, polystyrene. I personally hate polystyrene, but it's obviously a lighting department staple on most shoots. This job was no different, and half a piece eventually found its way into the 1st AD’s hands for pinning up boards and schedules, despite the runners putting them on the wall right where we were shooting anyway. Poly takes at least 1000 years to degrade, and yet we are so used to wasting it on set. Due to it being painted on one side, it cannot be recycled. When a piece is broken in half just for storyboards to be pinned on it, the lighting company can't even send it out again for reuse, as it's not full size. Next time i’ll be hiring Get Set Hire’s portable noticeboard as an alternative! We should also be less wasteful of other electrical consumables too. After seeing a crew member putting a couple of croc clips in a bin, I suggested we give them to the sparks to take back to Panalux. They will re-bag any clips they get back and send them out on other jobs. And yes you could argue it's unfair that lighting companies get to charge these clips out again and again if they keep getting re-bagged, but isn't that better than sending perfectly good items to landfill?

Despite these small things (which can all be very easily improved upon with a bit more education and some alternative supplies), I’m happy to report that my first proper green location shoot was a success, and the response from those who attended was great. Obviously some of the changes take some getting used to and I'm always grateful to suppliers and crew for getting onboard and humouring my new-fangled suggestions.