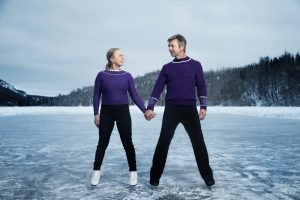 albert, the BAFTA-led project and industry authority on environmental sustainability for film and TV has launched their Creative Offsets scheme, designed to enable TV and Film productions to offset their unavoidable emissions.

The launch of the scheme is a further positive step for the project which supports the screen industry in making positive contributions to the environment while actively eliminating waste and carbon emissions from production. As partners of AdGreen, albert's Creative Offsets scheme is open to the advertising production industry, meaning they can offset custom amounts of carbon via albert's Creative Offsets Hub.

albert has selected to work with Natural Capital Partners, leading experts in carbon neutrality and climate finance, to run the scheme. Natural Capital Partners' offset projects are all validated and verified to recognised third party carbon standards. ‘We searched far and wide to find the right offset scheme, one which we felt confident could deliver to the standard we required but which also went further, offsetting our industry’s carbon impact and at the same time, delivering on the UN’s global goals for maximum impact’ Michelle Whitehead, project manager for albert.

By taking part in albert’s creative offset scheme productions will be supporting a portfolio of high quality, impactful REDD+ emission reduction projects that protect and restore landscapes, enhance biodiversity, and improve health and livelihoods around the world including projects in Brazil, Malawi and Cambodia. In addition to this, productions will be supporting the creation of new woodland in the UK in accordance with the Woodland Carbon Code.

The new scheme launches ahead of the roll out of an updated, international version of the albert carbon calculator and certification toolset. The new toolkit will have increased functionality allowing users to accurately measure their impact when filming outside of the UK as well as enhanced reporting features to help identify when carbon reduction changes can be made. This updated albert calculator will then be adapted to create the new AdGreen Carbon Calculator, for the advertising production audience, helping to support point #2 of the Ad Net Zero advertising industry action plan: reducing emissions from advertising production.

Roser Canela-Mas, albert’s Industry Sustainability Manager commented: “As an industry our goal has to be net-zero. The updated calculator and certification toolkit is part of a package of solutions we’re offering to the industry to help them achieve this. These tools, alongside our Creative Energy and Creative Offset schemes will help our industry to achieve the UK’s target of net zero by 2050.”

ITV will mark its own commitment to the Creative Offsets scheme by releasing Dancing on Thin Ice with Torvill & Dean as a highlight of this year's festive schedule  – the first ITV show to achieve the new standard of albert Certification. The show, produced by Wingspan Productions, follows Jayne Torvill and Christopher Dean as they travel to Alaska on an extraordinary quest to fulfil a life-long dream that also provides a first-hand insight into the effects of climate change.

Producer Helena Braun from Wingspan Productions, said "Right from the start we wanted our film to help raise awareness about climate change, and to minimize our own impact on the planet as much as possible. When we came to offsetting the carbon footprint of our production, we were very pleased to discover that albert's new Creative Offset scheme would make it so straightforward. We were reassured that they have done the thorough research and due diligence to ensure that we will be offsetting with schemes that will genuinely make a difference."

Kevin Lygo, MD Media and Entertainment at ITV, said "Across all of ITV's output we remain focused on producing the most entertaining and informative shows, but all with a continued commitment to being produced in the greenest way possible.  It is imperative that we act on climate change now, and we're proud that Dancing on Thin Ice with Torvill & Dean will be the first programme in albert’s new Creative Offsets scheme.”

Julian Bellamy, Managing Director at ITV Studios added “ITV Studios is committed to producing the biggest shows with the smallest footprint. Ensuring albert certification, and achieving net zero across all of our productions requires tenacity and resolve, but it is an important step we must take as we protect the future of our industry, and indeed our planet."

It is projected that the launch of this scheme could see over 90,000 tonnes of CO2e offset in its first year, helping to restore the planet as well as actively supporting communities in the UK and abroad.